The unbearable lightness of being

About the psychology of joy 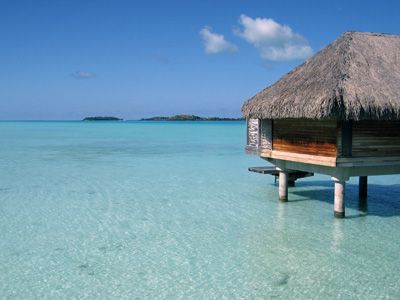 Can you beat that? Boundless joy! Is it possible to be filled with joy for all times? Why not? Could I bear it? Means if joy would be without boundaries - why would I have to bridle it? Why would I have to bear it? Would that be bad? Joy is so beautiful that it is unbearable. Precisely for this reason it is my goal, if this term would be appropriate at all when speaking about the highest feelings...

Oh' Dionysus, God of wine and fertility, triple-born God of ecstasy, awaken me to the complete sensual, playful, joyful life! It is so pleasurable that it is hard to bear. But fortunately I don't have to! My self can be outside of my body, outside of my thoughts, especially if they want to pull me down.

I fly, and my body is dancing in the feeling of unusual freedom, freedom at last, to sense the lightness of being, full of joy, unable to bear this state. I am the dancing universe, drunken happiness.

Why care about outside happiness, if I could just be filled with God from inside?

I cannot understand those many quarrels, jealousy and all the other emotions in this world. How could anyone believe that life is a torment and world a nasty place? How could anyone depart from one's nature by such a tremendous distance?

In the depths of the universe, I've now found the explanation, and that's the whole point of my article. It is the unbearable lightness of being, and therefore of the natural state of joy. For many it is simply unendurable! Man cannot attract more joy into life than believes is capable to bear. So he must pull down his world and its environment as much as necessary until his mind has finally found an excuse for his spirit to crawl through life without joy! Finally I realize, and clarity is so liberating, why there is all this war. It is the fear of joy. It is the fear of being unable to bear the flows of divinity.

This death would be great, a new person would be born, so close to the gods, maybe half man, half God, like you, Dionysus? Times as lion, times as goat, sometimes human, sometimes God? You serve transcendent joy, while I am playing with my craziness and my moods, with the thrill, which cannot be planned! You make me cross the limits of my spiritual consciousness.

Nelson Mandela has once spoken of the greatest fear of man, namely, to be powerful beyond measure, that our light would frighten us more than our darkness. So let us find the courage to let our light shine! We do not need to bear it. It will make the joy complete, and without any action it will automatically liberate others!

Ecstasy: If I find something unbearable and my self can no longer endure it inside the body. Ecstasy comes from εκστασις »ex stasis« and literally means, to stand outside oneself. I am filled with an emotion that is too powerful for my body to contain or my rational mind to understand. It is so powerful that I am transcended into another realm in order to be able to experience it. In ecstasy, while playing with the gods, we earn the right to be born again. Ecstasy makes us truly alive.

I am enthusiastic: ενθεος »en theos«, to be filled with God, God is in me. The soul is enhanced, the self is activated, there is pure joy. That is why one can never be enthusiastic »about« something.

Dionysus: Διόνυσος The Greek god of ecstasy was born of fire. He was the son of Zeus and Semele, daughter of King Cadmus, a mortal. Their passionate relation provoked the jealousy of Hera, wife of Zeus. Hera, in disguise, urged the pregnant Semele mercilessly to look into the fiery radiant eyes of her lover. Semele gave in and was almost completely incinerated. Zeus loved his son and was able to rescue the fetus from the womb, he cut an incision in his own thigh, and tucked the child into it. When gestation was complete Zeus gave birth to the infant god Dionysus. The Titans, old masculine gods, had much fear of this new force, arriving at Olympus, so they killed the child and tore him to pieces. But Dionysus would not stay dead. From a drop of his blood, a pomegranate tree arose, symbol of fertility, and Rhea, mother of Zeus, made Dionysus whole once again. In order to protect him from Hera, Dionysus was then turned into a young goat and brought to mount Nysa, where he was raised by the nymphs, joyous female spirits of the forests and mountains. Rain and honey nurtured him; he learned the Muses and sensuous pleasures, the wonders of dance and exuberant sexuality, but also wisdom and virtue, not to mention the art of winemaking. Finally, Dionysus stood revealed as a god. Hera recognized Dionysus and cursed him with madness. But Rhea in time could purify the young god. Then she initiated him into her very secret women's mysteries. The power of Dionysus became unparalleled.